Are you looking for simultaneous, consecutive, liaison and/or phone interpreting?

Are you looking for simultaneous, consecutive, liaison and/or phone interpreting?

With us, you will work with professionals who are highly qualified in their respective areas of expertise, and who are native speakers.

Interpretation can be a challenge for any translator who is unable to use resources such as dictionaries and glossaries. They must rely on their own experience, sensitivity and personal interpersonal abilities to clearly convey concepts while still grasping all the cultural nuances.

The Lunartrad team includes professionals who specialize in interpretation services in all its forms: simultaneous, whispered and consecutive:

Whispered interpretation is a variant of simultaneous interpreting where the interpreter is next to the listener, to whom he gives the translation in a low voice.

Consecutive interpreting is to make the speech after the speaker has concluded his speech or a part of it. While the speaker is talking, the interpreter remembers everything that has been said, with the help of special notes so that his or her translation is faithful to the original text. 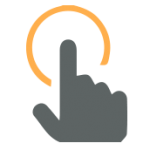 We will send you a response within 24 hours.

WE ARE AT YOUR SERVICE

« Very Professional and efficient for both translations and interpreting. I highly recommend them. »

« Lunartrad has been providing regular translation and interpreting services (liaison, over-the-phone, simultaneous and chuchotage modes) to my group, from Italian to French and from French to Italian, since November 2012. It has always provided excellent and timely linguistic services in technical areas such as corporate communication, legal contracts, patents,  environment and ecology topics, as well as waste engineering. I strongly recommend the fullest consideration of Lunarmonia for high quality linguistic services. »